The Junction – Young People, Health & Wellbeing, in conjunction with Edinburgh University and NHS Lothian are one of four youth groups who have been using a Social Action Model approach to explore Young People’s Access To Tobacco via Social Sources. 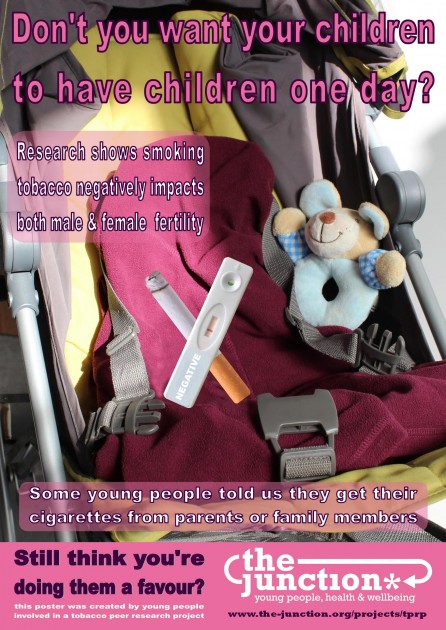 Our Tobacco Peer Research Project (TPRP) involved many different young people at different stages, all contributing their insights and unique talents – our thanks go out to them all.

This poster (nicknamed ‘The Parent’ by the group) was developed by them on the back of research undertaken with 124 local young people who agreed to be interviewed, 68 young women and 48 young men, in addition to this there were 8 surveys undertaken with young people where gender information was not recorded. When asked gender, people could select “male/ female/other”, in an effort to recognise non-binary gender identities.

When asked if they smoked 71% of young people said ‘NO’, 74% of young women and 67% of young men. The participant group was relatively small in terms of generating trend analysis, it was however interesting to note that, proportionally 8% more young men smoked than young women.

The TPRP Team spent time exploring the physical effects of smoking tobacco and had many in-depth conversations around the motivations of those who provide tobacco to ‘underagers’. This and the research that had been undertaken led to the development of a poster campaign.

The TPRP Team decided to explore the idea that when someone provides an ‘underager’ with tobacco they may see it as “doing them a favour” and this was the belief the team wanted to begin to challenge.

Originally the team came up with three posters which would all have the tagline “STILL THINK YOU’RE DOING THEM A FAVOUR?”. They were targeted at three distinct audiences: Parents (and family members), Randoms (people outside shops, that young people ask to buy cigarettes) and ‘Older’ Young People (young people who are old enough to get access to tobacco). 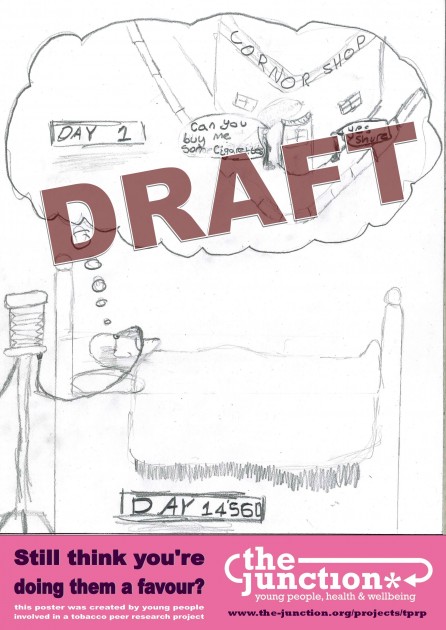 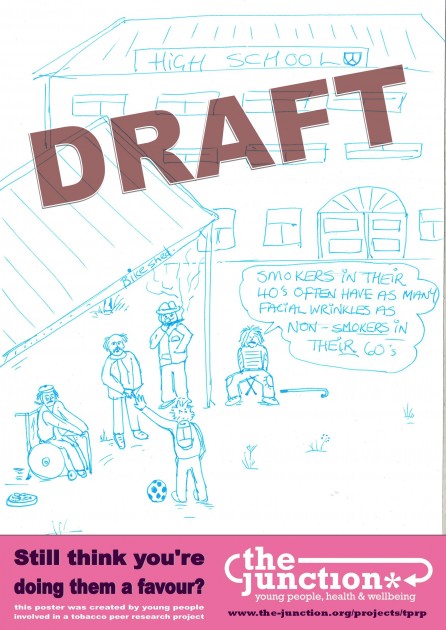 Each poster would take a slightly different angle: The Parent – would focus on fertility and the fact that you risked your own chance of becoming a grandparent. The Random – would focus on the life expectancy of smokers and the Randoms part in supporting the start of that journey. The Older Young Person – would focus on how smoking effects physical appearance (in particular aging). Across all three posters the audience where invited to consider if they were really doing the underage smoker a favour.

With only a few weeks left, the group decided to focus on one poster, The Parent; believing it important that they also had time to distribute their work locally – before their project came to an end. They created an initial distribution plan, prioritising where they wanted their posters to go, thinking about where they had the most chance of reaching ‘parents and family members’; including libraries and community centres.

The TPRP Team also wanted to make sure that others could download the poster from The Junction website, so they could display them and support their campaign. In addition to this the team wanted to include some links to webpages they had found interesting and useful. 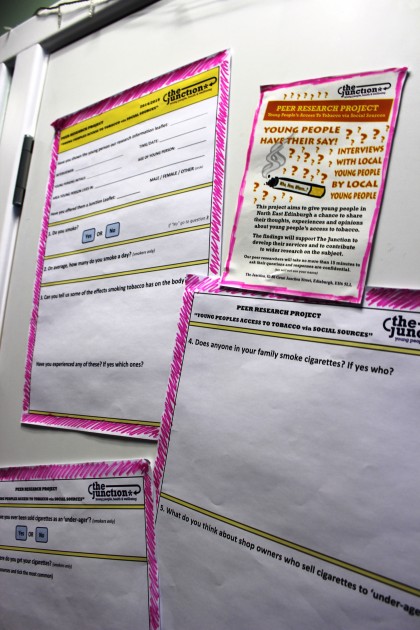 Some  of the films and video campaigns that got us talking:

As well as creating their poster campaign the TPRP Team also supported the Junctions March Theme of the Month, which was ‘Smoking Awareness’. Creating a vibrant drop-in display and ensuring a range of related activities were used in the drop-in, on street and school outreach and even included in our Facebook posts. They also created more opportunities for young people to undertake their questionnaire. 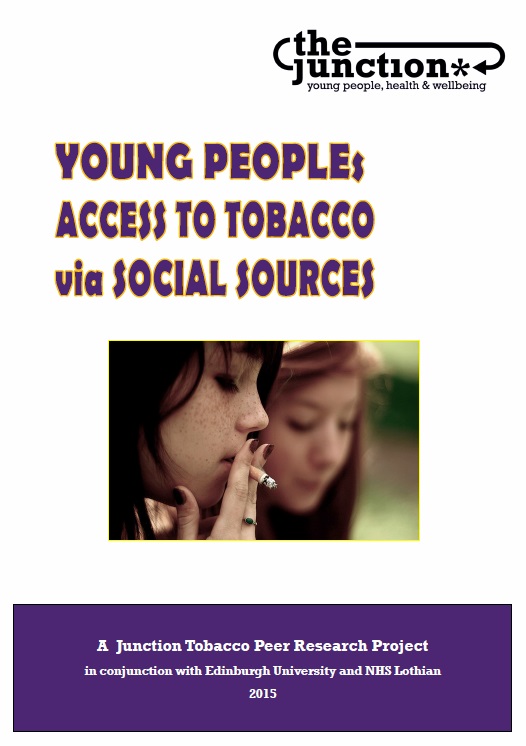 The TPRP Team and Junction Staff want to say a big THANK YOU to all those who supported the journey of this project, in particular all the young people who got involved… whether they came to one session or ten, whether they were an interviewer or an interviewee, a questionnaire designer or a poster campaign designer… All contributions were valued and welcomed.

If you would like to learn more about The Junctions Tobacco Peer Research Project you can also check out our short report, (see right)  that was created at the end of the project; and includes some of the questionnaire findings. 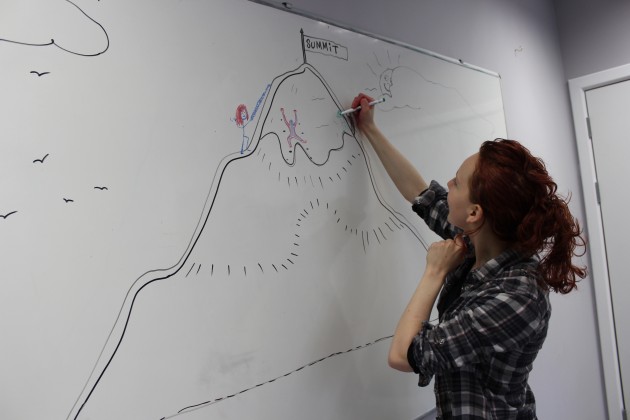 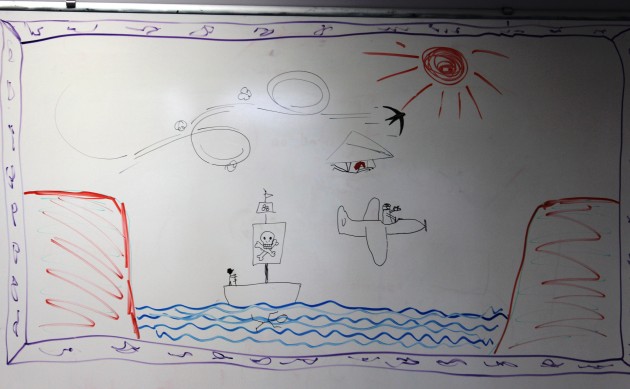 “It’s been really interesting to think about why some people give cigarettes to under-agers, especially parents who provide them.”

Finally we would also like to say thank you to some specific supporters including: The Edinburgh College Students who with the support of their tutor Brian Robertson and his colleagues undertook 95 of the original questionnaires, Sophie Forster, Lisa Seffner, The Citadel Youth Centre, Kyle Morrison and The Junction Youth Advisors.

In June 2012, whilst the eyes of the filmmaking world were focussed on Edinburgh’s International Film Festival, the focus for...

Reversing the Trend is a joint project that the Junction was involved with along with five other voluntary youth work...